Maruti S-Presso micro SUV launched with prices starting at Rs 3.69 lakh.
Some days ago Maruti Suzuki finally launched the S-Presso in the Indian market. This is a
micro SUV and it was a much anticipated model which has finally made its way in the market
and it has been introduced at a starting price of Rd 3.69 lakh (Ex-Showroom, India). The
Indian car manufacturer has launched this micro SUV with one engine option and two
gearbox options to choose from and they are available across four different trim levels.

Maruti has developed the S-Presso on, Suzuki’s Heartect platform, upon which the models
such as the Swift, Dzire and the Wagon R are based on. With this, the Heartect platform
brings in structural rigidity that helps it to pass the latest crash test norms and it also helps to
keep this micro SUV light in weight. Approximately the S-Presso weighs 726kg to 767kg
depending upon the variants. In terms of dimensions the S-Presso is wide by 1520mm, long
by 3565mm, it is tall by 1564mm and it gets a wheelbase measuring 2380mm. Only the Std
and the LXi variants will be 15mm shorter in length, as the Indian manufacturer provides 13
inch wheels for them, whereas the rest of the models get 14 inch wheels. In addition to this,
the Maruti Suzuki S-Presso gets a ground clearance of 180mm and it offers a boot space of
240 litres. 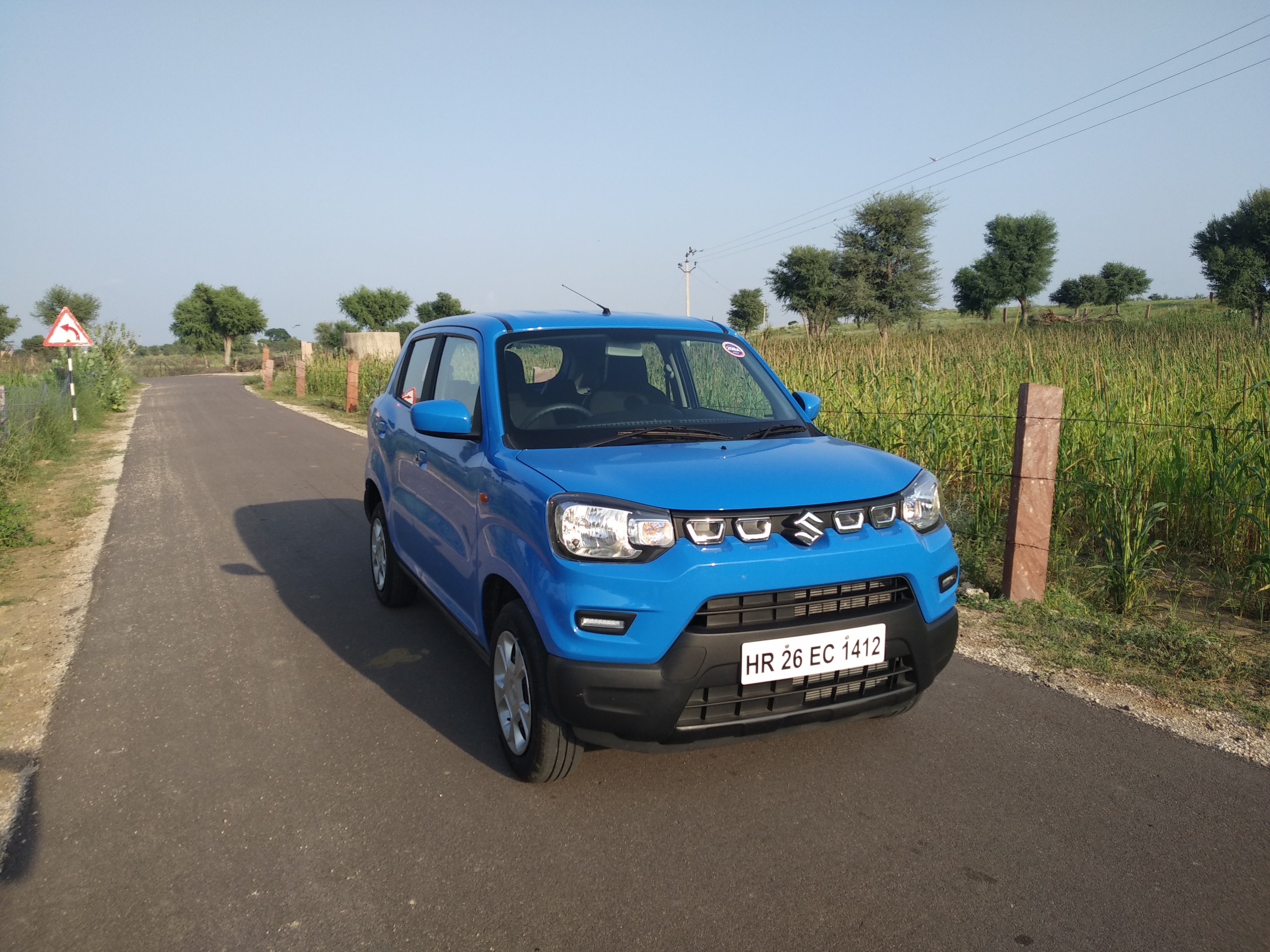 Coming to the design and styling of the S-Presso, Maruti has provided it with an upright
shape which is similar to the Future S concept that was displayed at the 2018 Indian Auto
Expo. The front end get s squared off design with a high bonnet line, the halogen headlamp
units are designed in such a way that it merges into the slim grille and the LED Daytime
Running Lights (DRL’S) are positioned below the headlights. This front grille gets angular
chrome elements that is similar to the one seen on its elder sibling the Vitara Brezza. Going
on with the Micro-SUV theme, Maruti has provided body claddings all over the vehicle to
give it a rugged look. 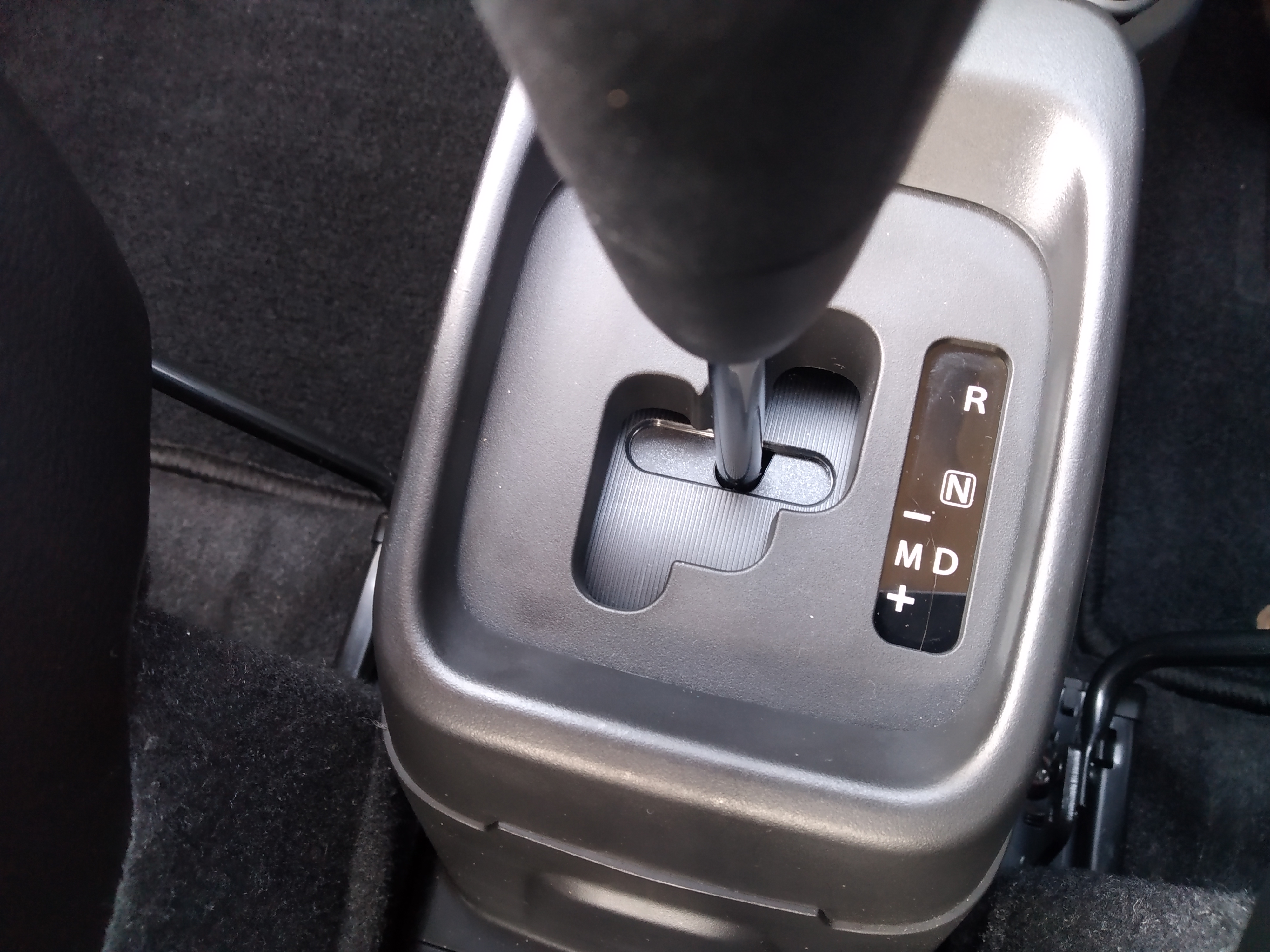 Taking a step inside the cabin, the first thing that catches the eye is the dashboard unit that
is very similar to the Future S Concept. The all black theme with colour coded orange
elements gives the cabin a much sporty and premium look that suits the Micro SUV theme.
The dashboard is upright and it holds the digital speedometer at the centre along with a
tachometer and the touchscreen infotainment unit is positioned below it. On the sides of the
instrument cluster, the AC vents are positioned. 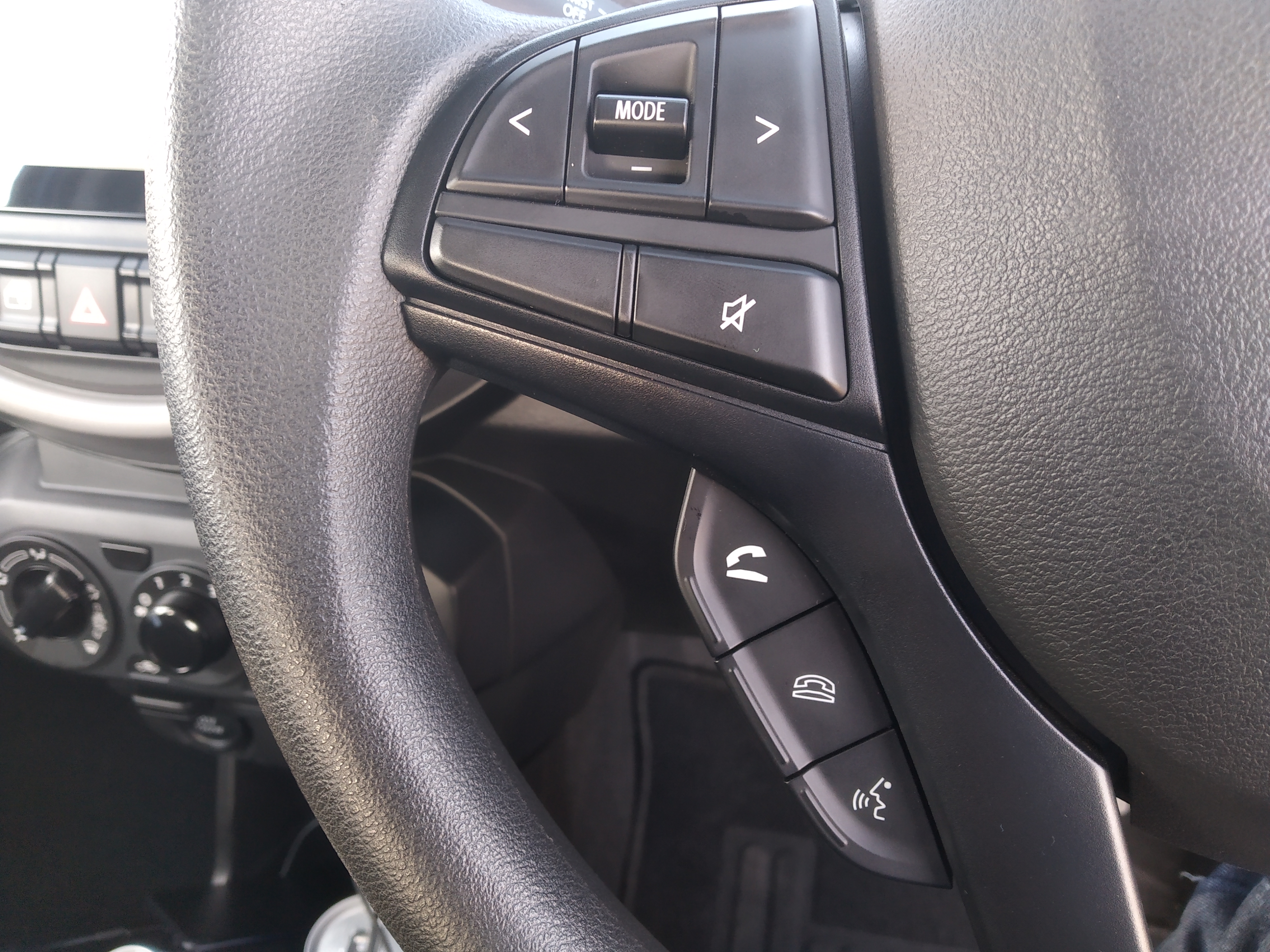 The safety kit consists of standard safety equipment across all the variants such as driver
side airbag, ABS, rear parking sensors, speed alert system, seat belt reminder system and
ISOFIX child seat mounts. Maruti Suzuki also provides an Option Pack that is available for
all variants except the top end variants, this pack adds a passenger side airbag. On the
other hand, the top end trim levels get front dual airbags, manual air conditioner, a 7.0 inch
SmartPlay STudio touchscreen infotainment unit that gets voice recognition, steering
mounted audio controls, body coloured door handles and ORVMS and a 12V charging
socket.

Under the hood of the S-Presso is Maruti Suzuki’s 1.0 litre K10B petrol unit that produces 68
bhp of power and 90Nm of twist. This petrol engine is coupled with a five manual gearbox
and it also gets an option for a five speed AMT unit as well. The 1.0 litre K10B engine is

complaint to the BS-VI emission norms and it will soon be seen under the hood of the
Wagon R, Alto K10 and the Celerio.

Maruti Suzuki will be retailing the S-Presso from their Arena dealership. With this, the newly
launched S-Presso locks its horns with the New Kwid facelift. Also, in terms of pricing the S-
Presso competes with the Datsun Redi-Go in the Indian market.

So what are you waiting for, head on to MyNewCar to book your new car with hassle free
services. Along with this we also provide various Fnancial and Insurance options along with
options to even lease your new car.

In addition to this, we also provide genuine test drives from our Peer to Peer Test Drive
Platform- Trivz for the best feedback from actual owners of the cars.

Do let us know what you feel about the newly launched Maruti Suzuki S-Presso in the
comments section below.